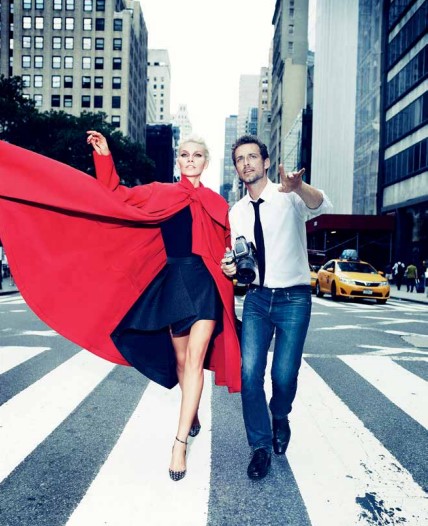 Prince Alexi Lubomirski is a British photographer best known for taking the official engagement and wedding photographs of Prince Harry and Meghan Markle.

Born in England to a Peruvian/English mother and a Polish/French father, he relocated at the age of eight to Botswana with his mother and English stepfather. It was his stepfather who gave him his first camera at the age of 11. His serious interest in photography developed whilst traveling in Peru during a gap year at college. His interest later shifted from social commentary to narrative-based fashion photography whilst studying for his degree at the University of Brighton, in the UK.

Introduced to Mario Testino whilst making the rounds in London with his university portfolio, Lubomirski soon joined him in Paris as his assistant.  Towards the end of his 4 years with Testino, Katie Grand hand picked him to start shooting for the iconic FACE magazine and subsequently Harpers Bazaar US.

In 2008, Lubomirski had his first exhibition: TRANSIT, at MILK gallery in New York – a mixed media commentary on TV culture, comprised of pre-conceived film stills.

In 2014, He published two books.  Firstly, “DECADE”, a photography book highlighting the best of his fashion work from his first ten years as a photographer.  Secondly, “PRINCELY ADVICE for a HAPPY LIFE”, a book written for his two young sons, on the virtues of behaving in a manner befitting a Prince in the 21st Century.

In 2016, Lubomirski came out with his second photo book and exhibition, “DIVERSE BEAUTY”, a body of work that aimed to highlight a broader range of beauty than that which is presented to us in fashion magazines and campaigns.

All proceeds from his books are donated to the charity Concern Worldwide of which Alexi is an ambassador.