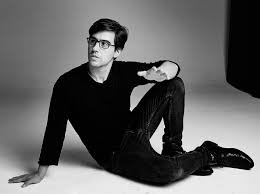 David Needleman grew up in Port Washington where he was a student of famed local artist Aida Whedon. Inspired by the people in his life to pursue portraiture, he attended the School of Visual Arts in New York City and subsequently began his career working for and studying under fashion photographer Steven Meisel. In the decade since, Needleman has contributed celebrity portraiture to publications ranging from Vogue, Interview, Vanity Fair, and Out Magazine to The Hollywood Reporter, Billboard, The New York Times, and more. Through his work, he strives to convey his love of capturing moments and communicating his subjects’ unique perspectives and personalities.