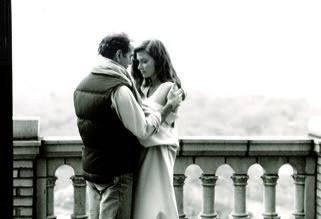 Denis Piel (b. 1944, France), Raised in Australia is an internationally acclaimed photographer, best known for his groundbreaking editorial work during fashion’s halcyon days of the 1980’s Vogue, GQ and Vanity Fair. He received the Leica Medal of Excellence for Commercial Photography in 1987. In 1985, Piel founded Jupiter Films and subsequently wrote and directed many Clio and Effie award-winning television commercials. In 1992 he directed and produced Love is Blind, a feature documentary. In 2012, Rizzoli published a retrospective monograph, MOMENTS, of Piel’s fashion and portrait photographs. Several other book projects followed including, DOWN TO EARTH (2016), FILMSCAPES (2020), an exploration of his work methods during his tenure at Vogue, EXPOSED (2020), a retrospective of his work from 1979-2019 and PLATESCAPES (2020), a story of life, food, conversation, and sharing with family and friends. Piel’s work has always raised an eyebrow, not only for its brave portrayals of his subjects but also for its fresh, almost raw honesty. Piel’s photographs have been exhibited internationally and are in numerous permanent collections.